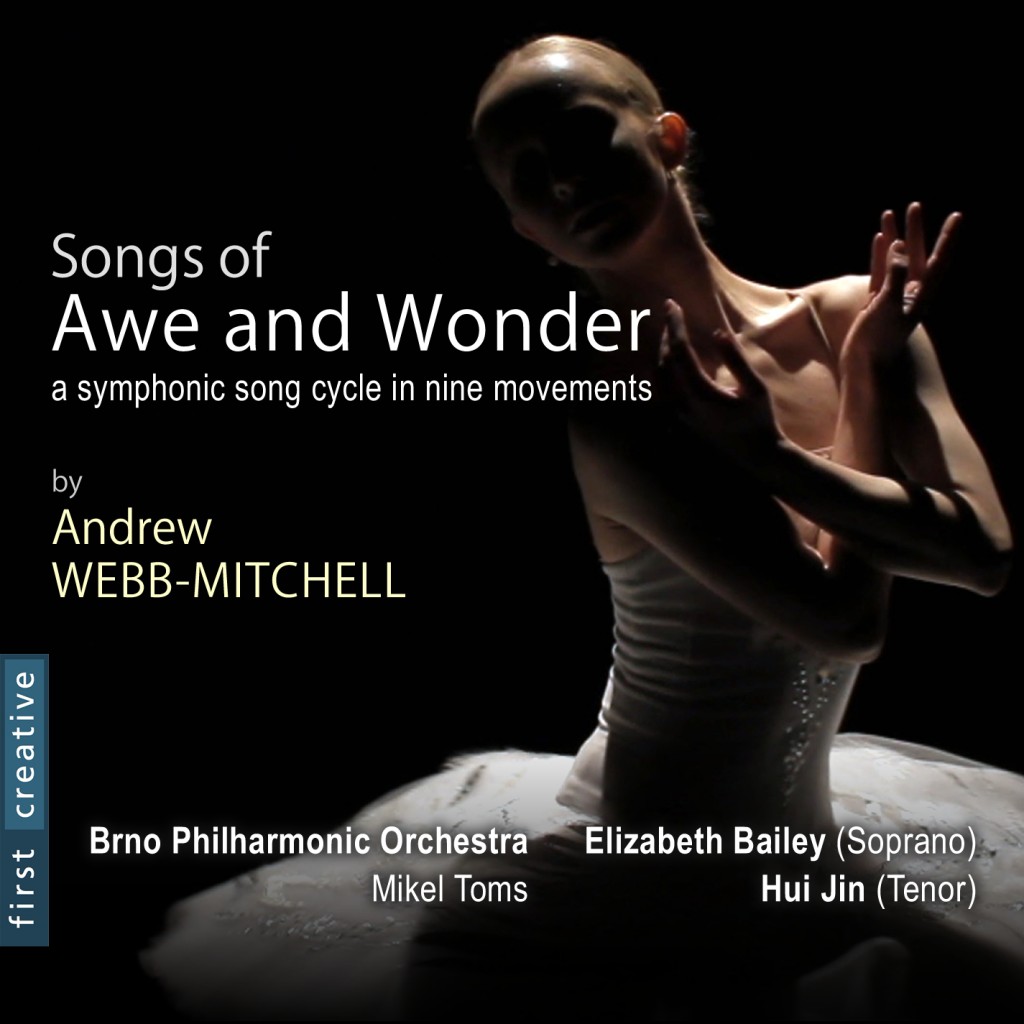 The official recording of Andrew’s orchestral song cycle, Songs of Awe and Wonder will be officially released by the independent classical label, First Creative, later this month. The CD will be available for download on iTunes and the physical CD will be available shortly after from Amazon UK and Amazon US.

Andrew is delighted to continue his partnership with First Creative who are also producing short films for each of the nine movements. The release of the CD is the culmination of several years of development. It was recorded by the Brno Philharmonic Orchestra, conducted by Mikel Toms and features English soprano Elizabeth Bailey and Chinese tenor Hui Jin.

This is Andrew’s professional debut recording.