Every movement seemed to be an understated reinterpretation of the swan.

And the people passing by wondered who on Earth she could be.

Her demeanour, so convincing. Her charisma, so entrancing.

Each and every gesture that she made revealed a deep instinctive understanding of the role.

By the water it was plain to see one was learning from the other.

This was what she did and who she was, her nature, servant of an all consuming art,

enacting a transformation and slowly becoming the embodiment of sound.

In the twilight, an ethereal look. In the darkness, unforgettable words.

Op.1a for soprano, tenor and orchestra

Flutes I, II
Oboes I, II
Clarinets in Bb I, II
Bassoons I, II

Op.1b for soprano, tenor and piano

Songs of Awe and Wonder

Dances of Life and Death and The Inspiration of Night

Dances of Life and Death, Drinking Alone Under The Moon, The Inspiration of Night and Earthscape

The Ascent of Gailly

Drinking Alone Under The Moon

Andrew’s first symphony is a work in nine movements for soprano, tenor and orchestra. The music is written in a direct and lyrical musical language, a celebration of our classical music heritage. It is a powerful and emotional piece, striking in its simplicity yet rich in raw emotion. Each of the movements addresses the general theme of inspiration in many connotations.

The first movement, The Artist’s Wife, is written in sonata form and was inspired by a painting by the Viennese expressionist artist, Egon Schiele of his wife, Edith. It is an unusual painting and is quite unlike any of his other works; the tenderness and sensuality of this portrait contrasts starkly with much of his other work, raising the question of how his subject must have influenced both the man and the creative artist. The text for The Artist’s Wife examines this act of creation from this woman’s viewpoint – questioning her role as muse to the artist and her longing to be accepted and valued as a real woman, rather than merely an object of physical beauty. In the autumn of 1918, the Spanish flu pandemic that claimed more than 20,000,000 lives in Europe reached Vienna. Edith, who was six months pregnant, succumbed to the disease on 28 October. Schiele died only three days after his wife. He was 28 years old. During the three days between their deaths, Schiele drew a few sketches of Edith; these were his last works.

Kites Over Malvern pays tribute to the English composer Edward Elgar, depicting him pursuing his passion for flying kites over the Malvern Hills. As he stands on the hillside, the kites are reeling in the cosmic symphony that he feels all around. He watches the kites soaring skywards and holds himself in readiness to transcribe this enigmatic artistry. One of the pre-eminent musical figures of his time, Elgar bridged the nineteenth and twentieth centuries as the finest English composer since the days of Handel and Purcell. Elgar’s most fruitful period was the first decade of the twentieth century, during which he wrote some of his noblest, most expressive music, including the Symphony No. 1 in A flat major, Op. 55 (1907-1908), and the Violin Concerto in B minor, Op. 61 (1909-1910). His best-known works from this period, however, are the first four of his Pomp and Circumstance Marches (1901-1907); the first of these, subtitled “Land of Hope and Glory,” became an unofficial second national anthem for the British Empire.

Elgar’s most fruitful period was the first decade of the twentieth century, during which he wrote some of his noblest, most expressive music, including the Symphony No. 1 in A flat major, Op. 55 (1907-1908), and the Violin Concerto in B minor, Op. 61 (1909-1910). Kites Over Malvern offers a glimpse of the man in his earlier years before public recognition, drawing inspiration from his love of the open countryside and consolation for his artistic isolation.

All views of the Newcastle riverside are dominated by the seven famous bridges across the Tyne, which link the city to Gateshead on the south bank of the river. Bridges not only reflects this spectacular imagery but also the significance of the bridges to the people that live there; they witness and inspire the changing landscape of a developing city. The Quayside was once an industrial area and a busy commercial dockside. However during more recent times, the docks had become extremely run-down as industry in the North East fell into dramatic decline. The Quayside has since been heavily redeveloped to provide a modern environment for the modern arts, music and culture, as well as new housing developments. The bridges have played a key role in this process of renewal. In a wider sense, Bridges examines the symbolic significance of bridges to humanity, promoting the co-existence and unification of communities.

The Ascent of Gailly

The Ascent of Gailly examines the inspiration which compels human fortitude to great feats of endurance, and is based on the story of Etienne Gailly, the Belgian marathon runner who only just failed to win the marathon in the 1948 London Olympics. Gailly had never run a marathon before, but traded the lead with more established names throughout the first 26 miles. Despite underestimating the dehydrating effect of the severe and unusual heat and humidity, he beat back challenges on two occasions and for some time it looked as if a big surprise was in the making. He entered the stadium first, shortly ahead of Argentina’s Delfo Cabrera and Britain’s Thomas Richards. Gailly had barely a lap of the track to complete, but the crowd could see his legs wobbling and his path wavering to and fro. Groans rang out around the stadium as he dried up to a walk and was overtaken by Cabrera and Richards. In a shocking reminiscence of Pietro Dorado collapsing within view of the tape 40 years earlier (the last time the Games had been held in London), Gailly fell to his knees on the home straight. But, to a standing ovation, he straightened up and staggered over the finishing line for a bronze.

The text for The Inspiration of Night takes us back to the dawn of time suggesting the awe and wonder of primitive man as he gazed towards the heavens, referring particularly to a bronze-age artefact, the Nebra Sky Disc; an amazing and beautiful example of early humanity’s craftsmanship and skill in astronomy. The disc was found in a cache of bronze goods, including axes and daggers, in a Bronze Age site at the top of a mountain, the Mittelberg. It is thought that the site would originally have had a good view of the skies and the horizon all around, and might have been used as an observatory. The astronomical information on the disc is particular to the latitude of the location where it was found, so it is likely that the disc was made for and used in the site where it was finally hidden. 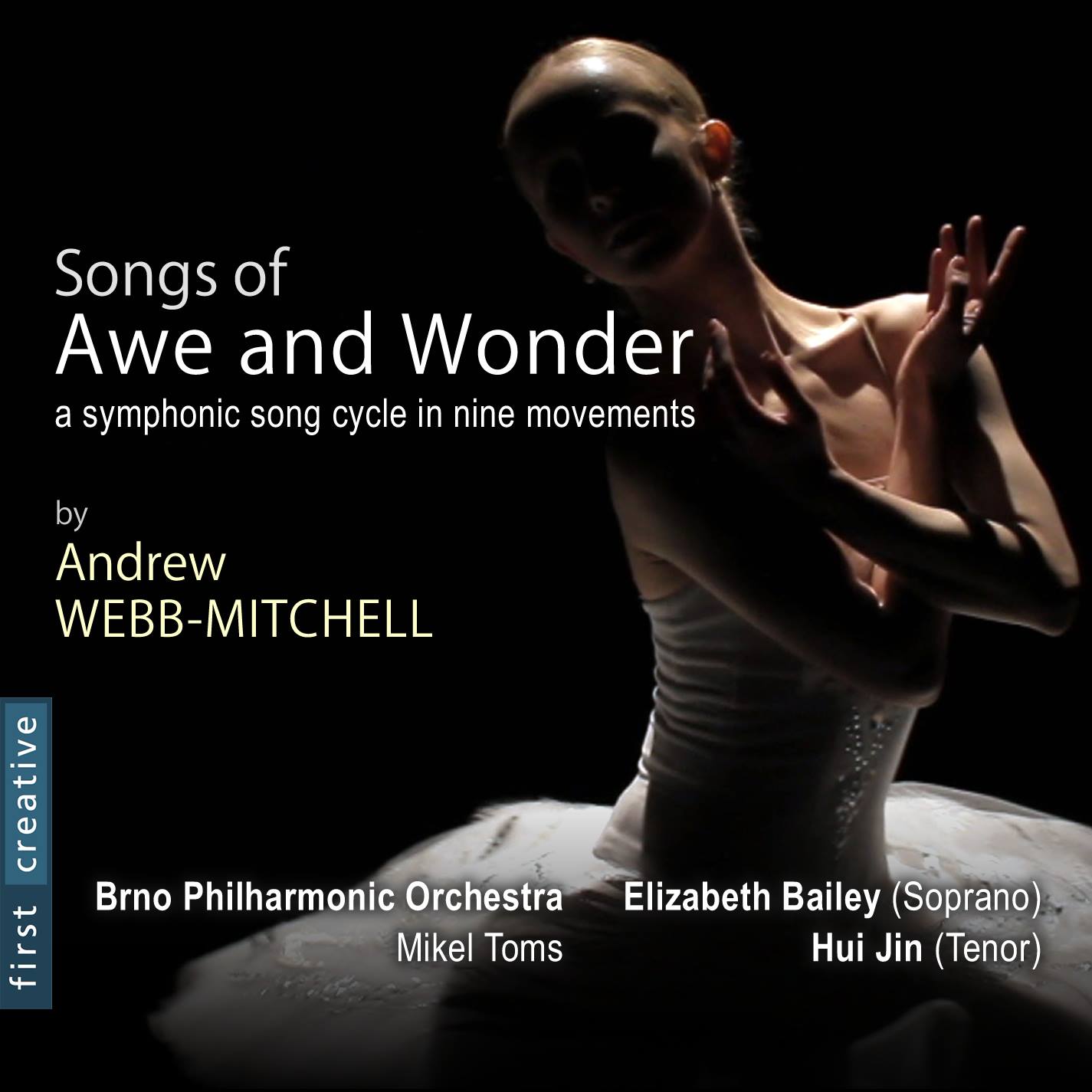 Dreams of Flight is set in Kitty Hawk on a cold December morning in 1903. The Wright brothers are hard at work with final preparations to make the world’s first controlled powered flight. They briefly reflect on the immensity of the task they face but are now willing to throw caution to the wind. As they start the engine, the propellers begin to rotate; movement begins to wake in The Flyer, longing for wind in its wings. The first flight was made by Orville and lasted only 12 seconds, during which the airplane flew 120 feet. That same day, however, on its fourth flight, with Wilbur at the controls, the plane stayed in the air for 59 seconds and traveled 852 feet before a severe gust of wind severely damaged the craft. The Wright Brothers helped found modern aviation through their curiosity, their inventiveness, and their unwillingness to give up their vision.

An intimate portrait of Anna Pavlova as she prepares for the role in which she became most closely associated. While touring in The Hague, Netherlands, Pavlova was told that she had pneumonia and required an operation. She was also told that she would never be able to dance again if she went ahead with it. She refused to have the surgery, saying “If I can’t dance then I’d rather be dead.” She died of pleurisy, three weeks short of her 50th birthday. She was holding her costume from The Dying Swan when she spoke her last words, “Play the last measure softly.”

Drinking Alone Under The Moon

Drinking Alone Under The Moon is based on a Tang Dynasty poem by Li Bai. A poet raises his glass and invites the moon to drink with him and in turn the moon shines upon him casting his shadow. These three friends then spend their evening together; as the poet sings his song, the moon sails across the sky. As the poet dances, the shadow dances with him. Finally at the end of the evening the three friends part, hoping to meet again one day on the far reaches of the milky way.

The finale of Songs of Awe and Wonder tackles the most important issue of our time, humanity’s desperate need to protect the environment. Earthscape is an astronaut’s view of Earth and reflects how the experience of space flight provides unparalleled insight into the fragility of our environment. “My first view – a panorama of brilliant deep blue ocean, shot with shades of green and gray and white was of atolls and clouds. Close to the window I could see that this Pacific scene in motion was rimmed by the great curved limb of the Earth. It had a thin halo of blue held close, and beyond, black space. I held my breath, but something was missing I felt strangely unfulfilled. Here was a tremendous visual spectacle, but viewed in silence. There was no grand musical accompaniment; no triumphant, inspired sonata or symphony. Each one of us must write the music of this sphere for ourselves.” Charles Walker, Astronaut

« Back to works page