Last night, the Cologne New Philharmonic Orchestra appeared at the Straits Culture and Art Center, bringing a wonderful performance to the Rongcheng audience. The most impressive part for the audience was “Night of Sevens” based on the story of the Cowherd and the Weaver Girl. This symphonic poem has featured in all the concerts given by Cologne New Philharmonic Orchestra for their first world tour, and the Fuzhou audience became the first group of listeners.

“Night of Sevens” is a single-movement symphonic poem based on the story of the Cowherd and the Weaver Girl, written in sonata form. The composer chose the lyrical flute to express the lingering entanglement of the Cowherd and the Weaver Girl. The solo oboe showed the pain of the separation of the lovers, and the moving scene of the Magpie Bridge was portrayed by solo string instruments. In this work, he even directly incorporated the Qin Dynasty poem, “Que Qiao Xian”, which was sung by Chinese soprano Xue Kangni in Chinese. This blend of Chinese and Western cultures gave the audience last night a new and special experience. 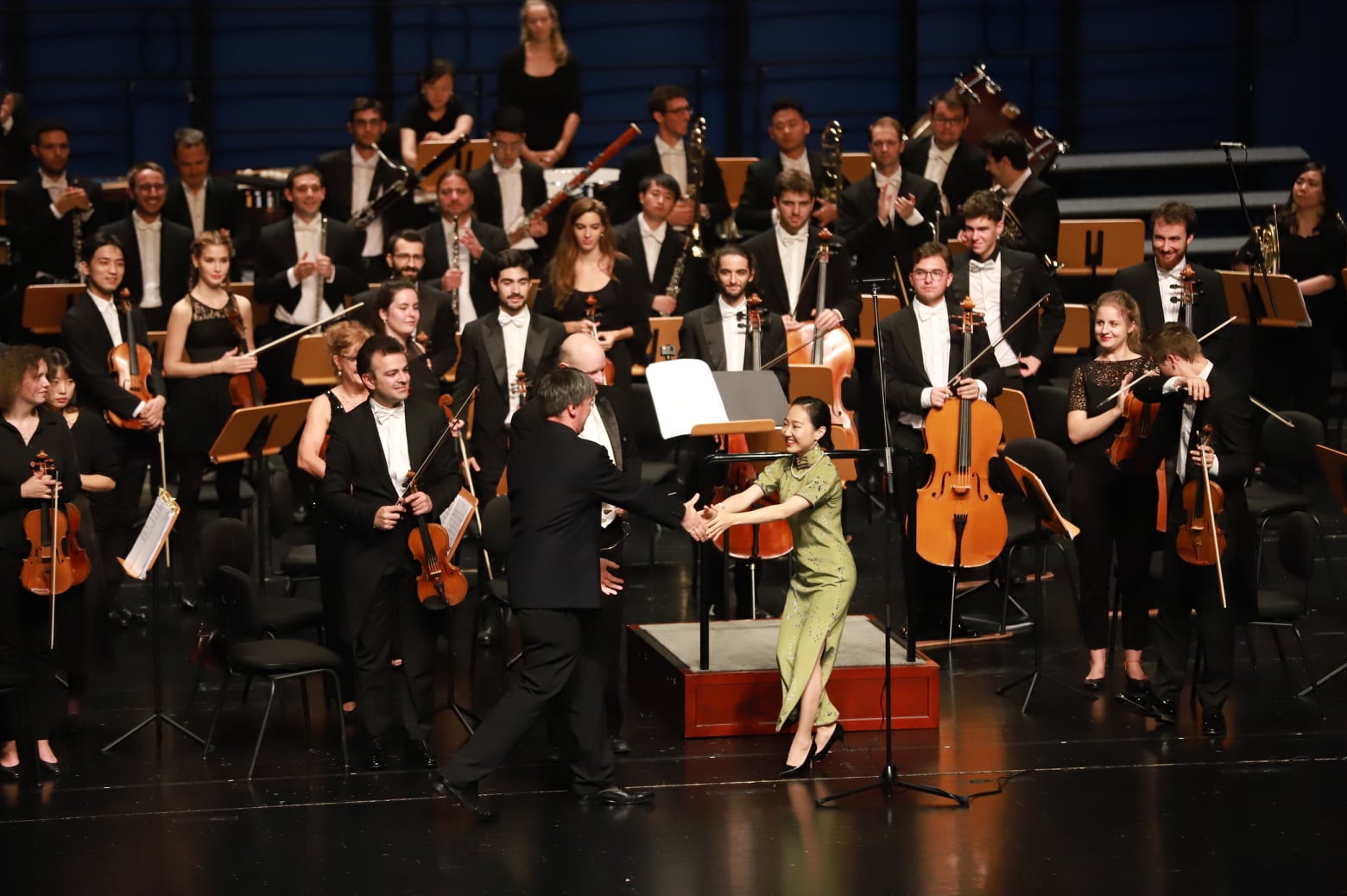 Yesterday, the composer of this “Chinese Valentine’s Day Symphony”, contemporary British composer and music educator Andrew Webb-Mitchell, accepted an interview with this reporter. He said that he was very happy to come to Fuzhou and see his work in this beautiful theater. He has been in China for many years and has always hoped to find a way to express his love for China. The Cowherd and the Weaver Girl are a good story that can be expressed in music. He did a lot of research and eventually set the Song Dynasty poem to music. He hopes that the audience can feel the beauty of the combination of classical music and Chinese Song. He also said in particular: “There are many overseas Chinese in Fujian. There are many Fujianese people in the world. I hope they can think of their hometown when they hear this work and be proud of Chinese culture.

The German Cologne New Philharmonic Orchestra, which performed last night, is another classical music “dream team” ushered in by the Straits Culture and Art Center this year. The orchestra collaborated with the British violinist Nigel Kennedy from 1997 to 1999 and was recognized by the classical music community as an outstanding orchestra. With their exciting and personalized performance style, the orchestra has attracted countless audiences and has had an excellent reputation for 40 years.

Last night, the orchestra condutor Volker Hartung and violinist Elizabeth Basoff-Darskaia also became the stars of the audience. The orchestra returned to the stage three times and ended the performance with the warm applause of the Fuzhou audience.

The original article in Chinese can be found here:
https://baijiahao.baidu.com/s?id=1643797334923383200&wfr=spider&for=pc&isFailFlag=1&from=singlemessage&isappinstalled=0
« Back to news page